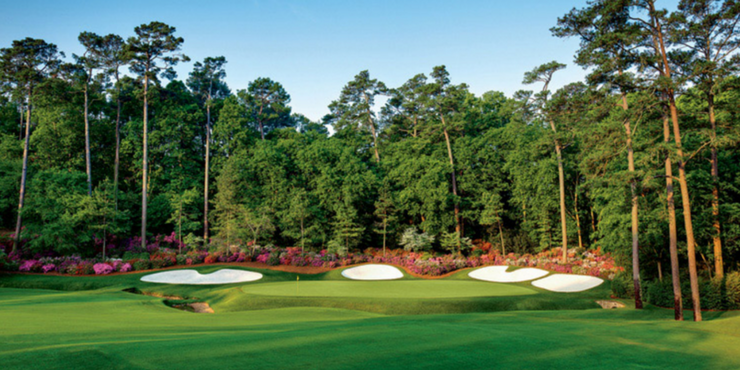 The beginning of Spring may be March 20th on the calendar, but to golf fans, The Masters is the unofficial start of spring and the golf season. It can’t get here soon enough!

The 2018 Masters golf tournament will be one of the most highly anticipated tournaments in years, filled with incredible storylines that will keep you glued to your TV all weekend.

In this article we’re going to breakdown the field, give you a few of those compelling storylines, and share with you our 2018 Masters predictions, TV coverage schedule, and much more.

The 2018 Masters will have its smallest field in nearly 20 years. Only 87 players will tee it up this year at Augusta National. Here’s the list:

Top Storylines for the 2018 Masters

There are always a handful of great storylines heading into The Masters each year, and this year is certainly no different. Here are a few storylines that you need to keep your eyes on heading into the 2018 Masters:

Tiger Woods Is Back!

We’ve all known for over 20 years now that when it comes to golf, no one moves the needle like Tiger Woods.

Just having Tiger healthy and actually playing in The Masters is a big deal. The fact that he is competitive and has recorded back to back top-5s in his last two starts? That makes the anticipation for the 2018 Masters almost unfathomable.

Just think about how far Tiger has come in only a short few months. At the Presidents Cup this past September, he didn’t know if he would ever be able to play golf again. In the last couple of years, there have been times where he couldn’t even get out of bed without help.

The fact that he is healthy, competing, and actually has a realistic chance to win this week is nothing short of an incredible gift from the golf gods.

If Tiger weren’t in the mix, Rory going for his first green jacket and the career grand slam would certainly be the main story.

Rory is 28 years old, has already won 4 major championships, and heads into The Masters with a significant amount of momentum after winning at Bay Hill just a few weeks ago. It also seems that an informal, psychological putting lesson with “putting savant” Brad Faxon has freed up his mind and put him in the right frame of mind to hole more putts.

Could all of these things coming together just in time for the 2018 Masters golf tournament be a sign of things to come? We’ll know in just a few days!

The Resurgence of Phil Mickelson

Phil Mickelson captured his first victory on the PGA Tour in 5 years back at the beginning of March at the WGC Mexico Championship.

It’s not like Phil has played poorly over the last few years; quite the opposite actually. He’s had several opportunities to win golf tournaments and was simply beaten by someone who just played a little better on that particular day.

Case in point, the 2016 Open Championship. Henrik Stenson took home the Claret Jug, but Mickelson (who finished 2nd) beat the 3rd place finisher by 11 shots. Had Stenson not had one of the greatest weeks in golf history, Mickelson would have another major championship for sure.

Can Dustin Johnson Avoid the Stairs?

Hopefully, Dustin Johnson is renting a single story home in Augusta this year. Johnson entered the 2017 Masters coming off of three consecutive wins and was the overwhelming favorite heading into the week.

Unfortunately, he slipped on a flight of stairs in his rental home, messed up his back quite badly, and as a result had to withdraw from the tournament last year.

There’s no doubt The Masters will be one of the most watched sporting events of the year, and with Tiger Woods back in action, it wouldn’t surprise us if the 2018 Masters golf tournament ends up being the highest rated golf tournament in television history.

*CBS Sports coverage is Masters on the Range preview show.

While odds for the 2018 Masters golf tournament will probably change a bit all the way up until the first shot is struck, here are the odds as of April 1st, 2018:

Yes, you read those odds correctly. Tiger Woods, who hasn’t teed it up at The Masters since 2015 (and hasn’t been truly healthy since he won 5 times on the PGA Tour in 2013) is listed as a co-favorite at 10-1. Amazing.

Making predictions for The Masters is always fun. What makes it even more enjoyable is that since the tournament is hosted on the same golf course every year, you can evaluate a player’s record and make some educated guesses.

Below is a short video clip of Golf Channel analyst Notah Begay sharing his pick to win the 2018 Masters, followed by our top 10 2018 Masters predictions.

With that said, here are our top 10 favorites to win The Masters golf tournament in 2018.

Sergio won the 2017 Masters, and while going back to back at Augusta is a tall order (only three men, Faldo, Nicklaus, and Woods have done it) it doesn’t seem right to leave a defending champion of Sergio’s caliber off of this list.

On top of that Sergio and his wife Angela welcomed their first child (a baby girl named Azalea) into the world in March, so Sergio is in a great place off the course right now, and that could translate into a good week.

Jason Day would normally be higher on this list, but his year to this point has been a bit baffling. He won at Torrey Pines back in February and finished 2nd at the AT&T Pebble Beach Pro-Am Tournament.

Day is coming off a sub-par year, after dealing with several personal issues off of the golf course that would affect anyone negatively.

Day certainly has the game to contend at Augusta, and it certainly wouldn’t surprise any of us here at Scratch Golf Academy to see him in contention for a green jacket late Sunday afternoon at the 2018 Masters tournament.

It’s hard to believe, but earlier this year Bubba Watson’s world ranking had plummeted to outside the top 100 in the world. It was a pep talk from his wife Angie (who was a professional basketball player) that seemed to light a fire in Bubba, and he hasn’t looked back since.

Fast forward a few months and Bubba has already won twice on the PGA tour in 2018, and we all know how much he loves Augusta National (after all, he’s already a two-time Masters champion).

Bubba can be a bit of a headcase, but if he can get out of his own way and post a solid score on Thursday, he’ll be in a great position to challenge for another green jacket.

While 2018 hasn’t been a bad year for Spieth by most standards, it certainly hasn’t been the year he was hoping for up to this point.

Spieth’s struggles with the putter this year have been well-documented, as he currently ranks 185th on the PGA Tour in strokes gained-putting.

Putting is what has propelled Spieth to 3 major championship victories already in his young career, and his putter began to show some signs of life this past week as he posted a T-3 finish at the Houston Open.

If Spieth brings a confident putter to Augusta, he’ll be in contention at the 2018 Masters.

Dustin Johnson is having a “sneaky good” year in 2018. He already has a win and a pair of second-place finishes under his belt and is looking for redemption at the 2018 Masters golf tournament.

You may recall that heading into last years Masters tournament Johnson was the heavy favorite, but a very unfortunate slip and fall accident on the eve of the 2017 Masters forced him to withdraw.

Johnson is back at the scene of the crime this year, looking to make amends for a missed opportunity at last years event.

The fact that Tiger Woods is a top 2018 Masters prediction is almost unbelievable. After all, this is the same man who could barely get out of bed a year ago and didn’t start hitting full golf shots until a few months ago.

If anyone deserves the benefit of the doubt, it’s this guy. He’s coming off back to back top-5 finishes heading into Augusta, which is yet another reason he deserves to be a 2018 Masters favorite.

The one knock on Tiger heading into this week is the driver. While he’s been able to achieve incredible distance and clubhead speed, accuracy has been another issue. If Tiger can keep the ball in play, he’ll be in contention late on Sunday afternoon.

Justin Thomas has been the most dominant player on the PGA tour over the past 18 months and is very close to becoming the #1 ranked player in the world.

While Thomas has only played The Masters twice (finishing T39 and T22 the past two years), he did win the 2017 PGA Championship and is a completely different player now than he was in his previous two Masters appearance.

Thomas drives it long, straight, and putts well, which could be the perfect combination to tame Augusta National and bring home his first green jacket.

While I’m a bit surprised myself that I have Phil Mickelson so high on this list, he’s definitely earned his spot at #3.

Phil already has three green jackets hanging in his champions locker at August National, and after winning his first PGA tour event since 2013 earlier this year, he may just make a run at a fourth green jacket.

At 47 years old, he’s playing some of the best golf of his career, and it wouldn’t be a shock to see his name on the leaderboard come Sunday afternoon.

This week Rory has a chance to join not only one of the most elusive clubs in golf but in all of sports. In the modern era of golf, only five golfers have won the career grand slam.

With a win this week at Augusta, Rory would join an exclusive list that includes Gene Sarazen, Ben Hogan, Gary Player, Jack Nicklaus, and of course Tiger Woods. That’s pretty elite company, and if Rory can have a slightly above average putting week, he could become the sixth man to join that list.

Recently married and with a clear head, Rory seems to have his life and priorities in order both on and off the course, which could translate to a very special, successful week at Augusta National.

It probably doesn’t surprise many people to see Justin Rose as a top 10 pick, but it may surprise you to see his name in the top spot.

Simply put, Rose loves Augusta National, and few players have a better record here without having won a green jacket. Rose finished 14-under par at the 2015 Masters, a score that would have won him a green jacket outright 24 out of the last 30 years.

2018 may be the year that Justin Rose finally gets fitted for a green jacket, and he’s our favorite to win The Masters in 2018.

The 2018 Masters Golf Tournament Will Not Disappoint!

One thing is certain, the 2018 Masters will not be a disappointment. It’s the greatest golf tournament in the world, held on a course that is truly “hallowed grounds.”

Regardless of who wins or how the week plays out it will be an entertaining thrill ride for the millions of golf fans all over the globe who will tune in to watch the best players in the world compete at the highest level at one of the most beautiful places on earth.

If you’re a golf fan like I am, you simply wouldn’t miss it for the world. 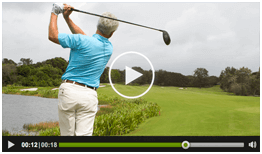 FREE Video course will teach you how to gain 25-30 yards or MORE to ALL your Drives! Simple Techniques used by Dustin Johnson, Rory Mcllory, Henrik Stenson & All top PGA Pros! 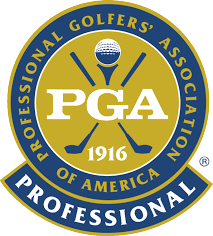 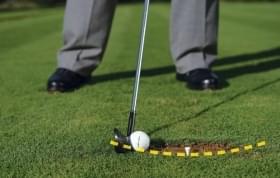